Vera (Neumann) had a prolific career as an artist and designer. Her hand painted designs have appeared on everything from scarves to dinnerware, bedding, fashion, and towels. Her first foray into licensing her name and artwork was with the fabric house F. Schumacher in 1947. It was a pairing of two textile powerhouses. The first design Vera did for Schumacher was called “Tibet”, a landscape of Himalayan pine trees and traditional architecture.

One of Vera’s most popular and recognizable designs with Schumacher was her “Jack in the Pulpit” which was introduced in 1949. This fabric was used in the Sun Room of the White House by the Trumans in 1952. “Jack in the Pulpit” remained available in Schumacher showrooms until 1986 – a noteworthy long run for any pattern. It featured ferns, one of Vera’s signatures that she depicted in many of her patterns. 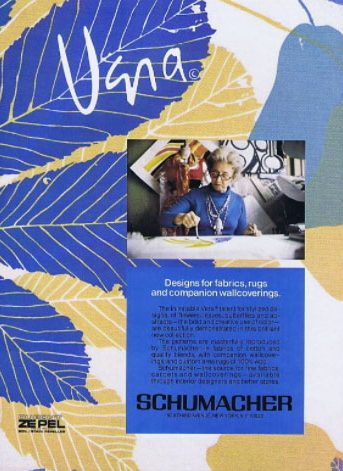 Vera also licensed designs for Greeff Fabrics which was a brand within Schumacher for many years. The fabric below “Plum Blossums” is from my collection. It is printed on a finely ribbed silk which adds a bit of exotic luxury to the fabric. 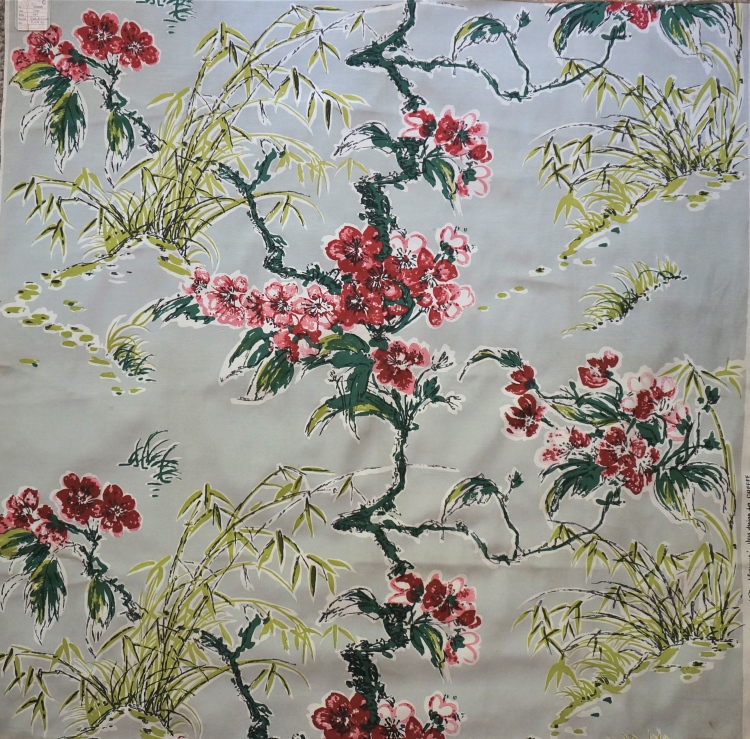 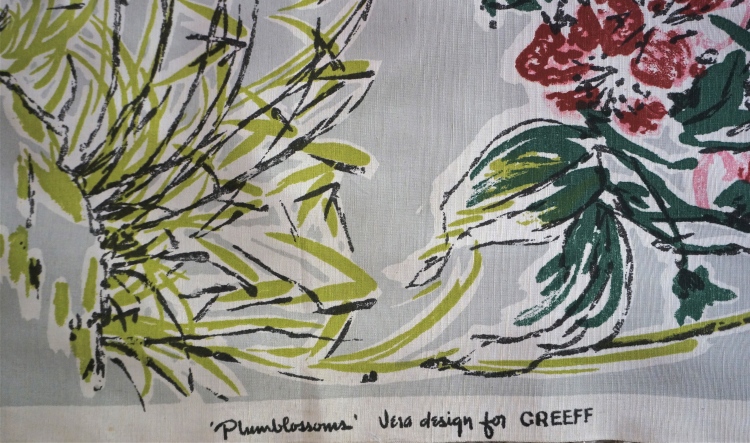 Vera’s design below, “Birches” was printed as a fabric by Schumacher in 1979. The design is rather simple – the silhouette of a almost bare tree. But the combination of the delicate branches with the graphic impact of the shapes gives it a real strength and modernity. Vera used “Birches” on her table linens as well.

Schumacher reintroduced “Birches” as a fabric and wallpaper in 2005 under the now defunct Decorators Walk label when I was there as Creative Director. I was so thrilled when I came across the design (as well of all of the Vera documents) in the company archives.  Among the more traditional designs that Schumacher had become associated with, the Vera designs were a revelation. I felt that it had such relevance and especially would be successful as a wallpaper. It was a joy to be able to access the archives, and to learn about its rich history from Richard Slavin who was the in-house archivist for many years.

Another iconic Vera design was called “Happy Leaves” and was introduced by Schumacher in 1950. Like several Vera creations it featured the silhouettes and shadows of leaves and flowers in an interesting layout. This was another pattern from the archives that I thought was ripe for a relaunch and a refresh in new updated colors. It was part of the 2005 collection under Decorators Walk.

Upon researching this pattern I came across a Schumacher sample book called “Encore Selection” in the Cooper Hewitt Museum archives. It is an amazing collection of papers that was put out in 1950. It included Vera’s “Happy Leaves” in some additional colorways that I had never seen before such as this yellow version.

I recently acquired this pattern called “Leaf Fantasy.” I don’t have an exact date on it but I would assume it was part of Vera’s inaugural collection with Schumacher in the 1940’s.

Perhaps more of these treasures will be rediscovered and offered by Schumacher someday!

One thought on “Vera & Schumacher”