This Hermes scarf is titled “Scheherazade” and was first issued in 1966. The artist was Henri d’Origny who designed over 40 scarves for Hermes. He also designed the first Hermes necktie and one of the house’s signature watches, the “Cape Cod.” 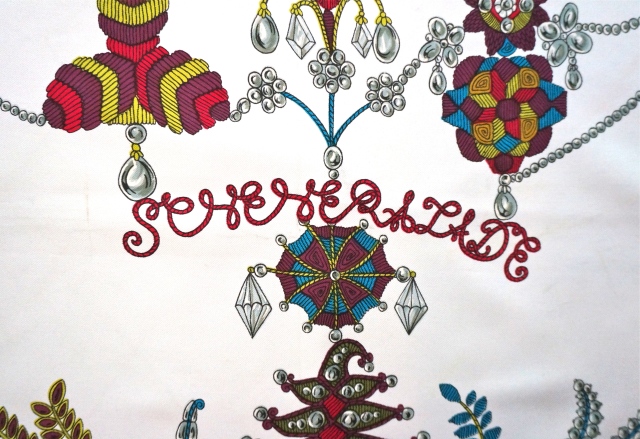 Scheherazade was the legendary queen and story-teller of “One Thousand and One Nights.” Married to the Sultan who killed his brides each morning, Scheherazade was able to forestall her own death by telling him a story every night which she left unfinished.

Perhaps the design of this scarf depicts the jewels Scheherazade may have worn as queen. 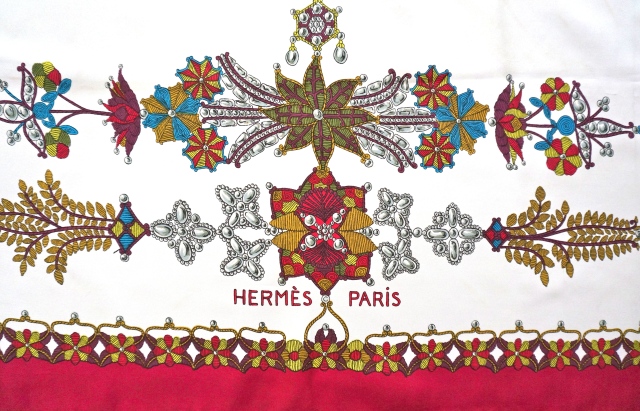