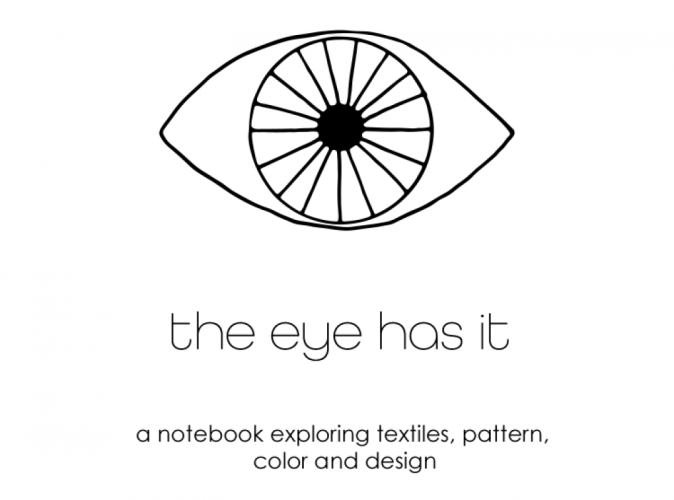 As a follow up to my previous post on Vera and Calder, I wanted to take a look at her home which included an amazing collection of art and midcentury modern furniture.

I first saw these images in Susan Seid’s book “Vera The Art and Life of An Icon.” I tracked down a copy of the 1970 American Home Magazine in which they first appeared in as part of a profile of “Top Designers at Home.” Vera and her husband commissioned Marcel Breuer to design the house in the Hudson Valley of New York in the early 1950’s. The house was named “Finney Farms” and was near Vera’s screen printing factory in Ossining.

Vera collected art by her friend Alexander Calder, some of which can be seen in these photographs (in addition to the mobile he surprised her with that was displayed outside). The couple also owned works by notable artists such as Miro, Picasso, Vasarely and Albers.

The interior of the house featured natural materials and a perfect mix of textures and color – as one would expect from the designer. The home included furniture by designers such as Charles and Ray Eames and Eero Saarinen, as well as textiles from around the world. Pieces of folk art adorn the space which feels warm and inviting. 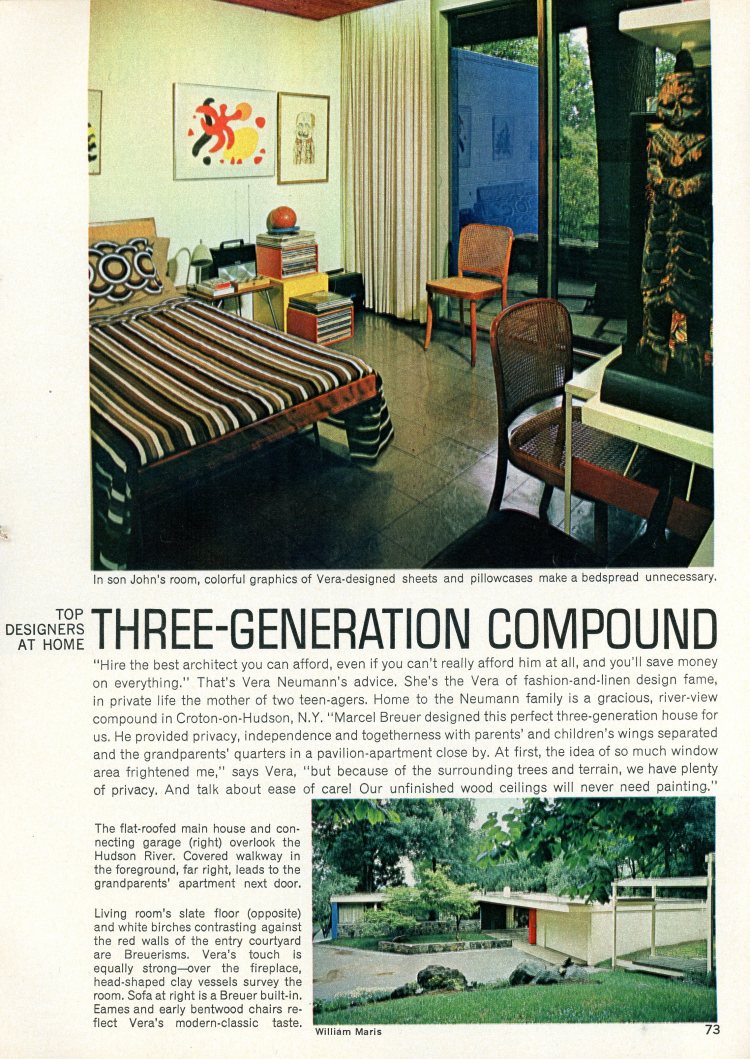 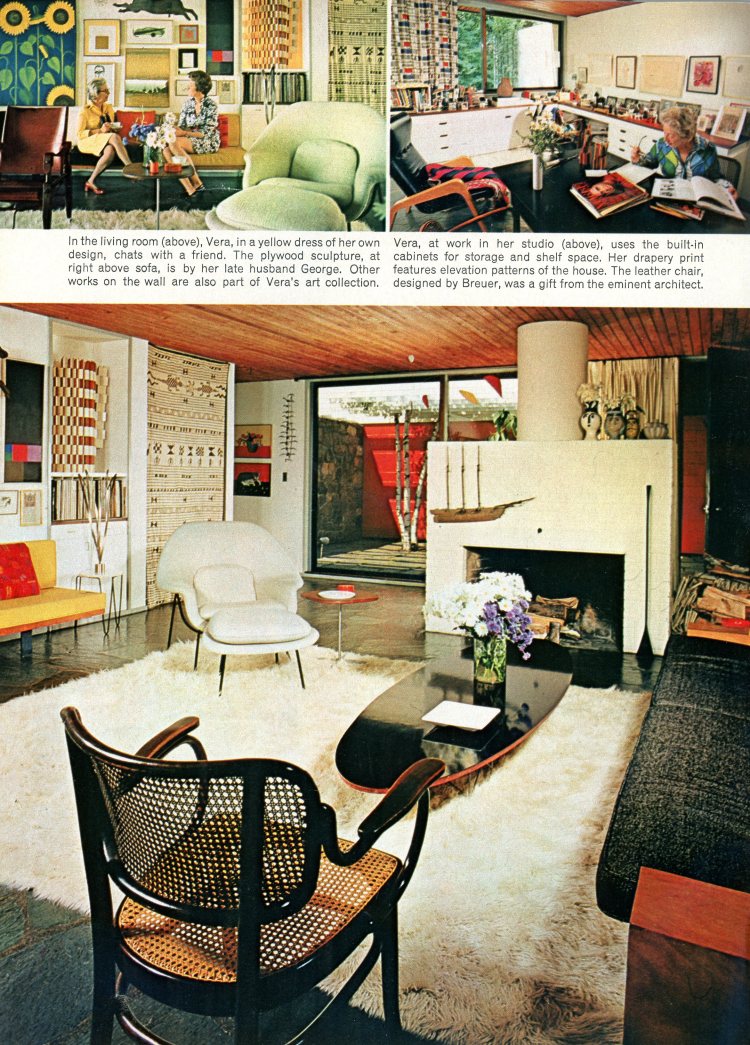